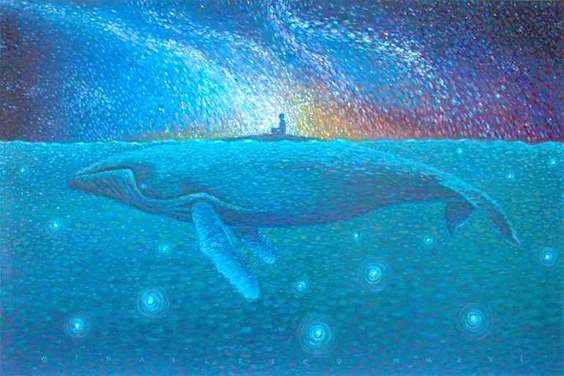 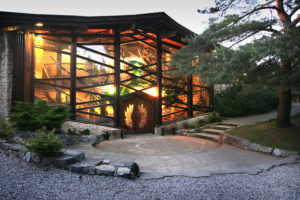 ANCIENT FUTURE will be performed at Universal Hall, in the Findhorn Community in Scotland on April 21.

We’re working on this now and we’d like to share it with you. Perhaps you’d like to be involved or help support this unique performance (email info@awakeningartsacademy.com)

The data of climate science can be confusing, the magnitude overwhelming, the prospects frightening. When the crisis is beyond what the rational mind can figure and resolve, we are broken open. As the Arts are called to do, this ‘ritual theater’ performance reaches through the chaos and confusion to access visionary realms of myth and meaning.

Ancient Future is a mythic tale, beginning with the dissolution of the world as we know it.  It takes us on a journey beyond the crumbling structures of civilization to the deeper strata of what is ancient and enduring.  The vehicle of the ‘fairy tale’ allows the story to speak in the mother tongue of the childlike heart and to resonate in the deeper realms of archetypal truths.

Ancient Future is a multi-modality and multi-media performance. Mythic worlds are created with sound and light, and through the interviewing of word and image a tale is told. Movement and music move the energy of a poetic narrative, while subtle interactions with projection and light-play creates sets and scenes.  A live theater performance; music, dance, visual and video arts, poetry and dialogue integrate in a simple, yet profound and inspiring story. 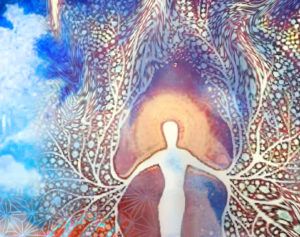 Though the tale is mythic and mystical, the arc of the narrative draws upon contemporary revelations in science, psychology & systems theory*. This knowledge forms a deep structure support for the meaning and message embedded in the story.

Storyline   The story begins with the unraveling of the world.  Projections create a stylized modern city with its bombardment of media and advertisements. The facade of ‘business as usual’ is ruptured by images of climate change crisis. These ‘interferences’ disrupt and finally overwhelm the veneer.

Evacuations from escalating natural catastrophe’s precipitate the diaspora of the word.  We all become refugees.  This opening scene touches the sadness and grief of climate change. The anguish of humanity becomes a collective prayer that invokes the grace of Divine perception.  As the ordinary reality dissolves, the mythic realm scintillates into view.

The heroine embarks on a mythic journey that reconnects her with wisdom of creation. In the silent aftermath of the deluge, she hears the ‘songs of the stars’ opening her perception to the vastness of time and space. In an enchanted forest, heightened vision enables her to see the Prana (Life Force energy) beneath the many forms of nature; One Life flowing in all creatures. Awakening to the reality of subtle realms, she is guided by the intrinsic Divine intelligence within and around her.  As she reaches the apex of the Misty Mountains, shining Devas impart seeded symbols of higher consciousness. Moving through thresholds of initiation, she gains the courage to choose love over fear, hope over despair.

Ultimately, her journey leads her to the Tree of Life and Light.  Here she discovers that she is not alone as many others arrive- each having also followed their inner guidance. Together they discover the One Light of their many rays. We hear the sound of ‘one voice’, then two, three, and finally the full ensemble singing ‘One Spirit One Voice’.  Restoring the alchemical harmony of the terrestrial and celestial, they together plant the seeds of the new civilization and begin to build a new world.

In the last scene the audience is invited to gather round the Tree of Life, together weaving scattered threads into the radiant tapestry of a new reality.  We end with a spiral dance accompanied by an original finale song. 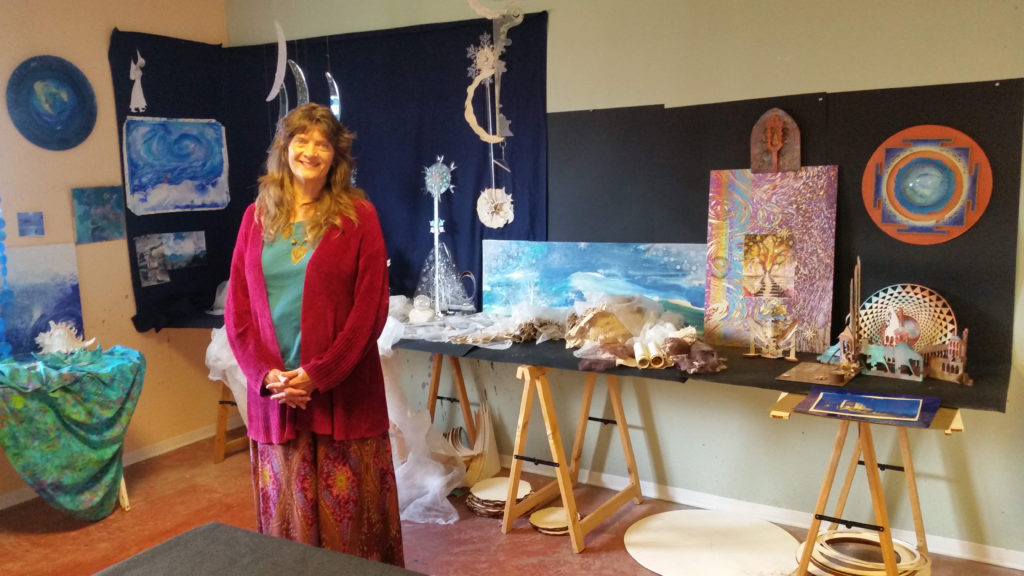 Here are some of the protoypes for sets and scenes – as well as diorama’s created by Dana Lynne Andersen as part of developing the storyboard.

If you would like to see more, and be a part of this unique event, join us at PATREON. 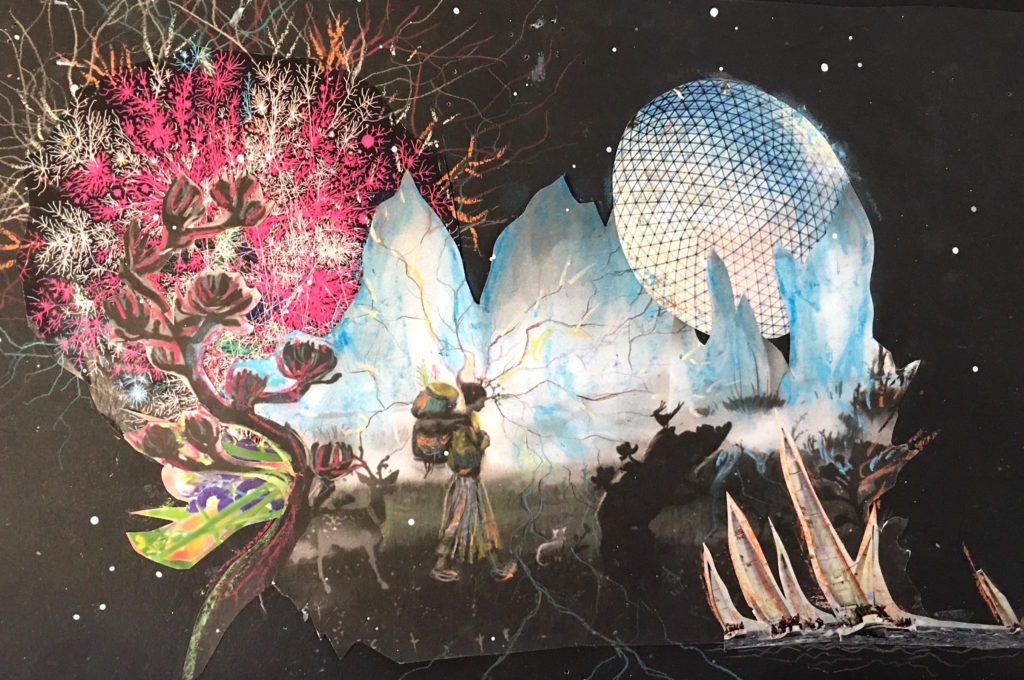 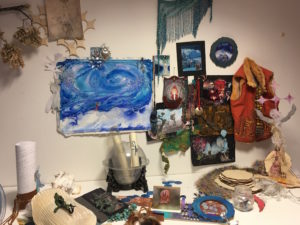 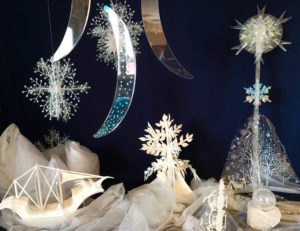 Ancient Future draws upon the ideas of Transformational theory.  Here’s more information about that:

At every juncture of evolution there is a surge of chaos before the newly emergent order is crystalized. In Systems theories such as Ilya Prigogine’s Nobel prize winning theory of ‘dissipative structures’[i] we see how disruptive ‘interference’ can be an evolutionary interception.

At every stage of evolution there is a given order- and whatever is outside of that system is interpreted as ‘noise’– a term for information that does not make sense.  It has yet to be ‘read’ as information. ‘Noise’ is unintelligible so it is experienced as static. As a system grows it continually encounters new signals that are nearly always initially perceived as disruptive ‘noise’. At the edge of any ordered system there is a fringy border of potentially important new information that is being tuned out.  A healthy system is continually incorporating ‘noise’ by turning it into information. Once its incorporated, the ‘noise’ is no longer ‘static’ to be tuned out– it becomes information that can be ‘heard’.

At key junctures in evolution, there is a build-up of noise.  Eventually, there is so much noise that the system is threatened by the invasion of the noise and defends against it.  At a certain point the ‘noise’ can overwhelm the order as the system becomes saturated with the ‘noise’.  In these moments the ‘status quo’ order loses its grip and the ‘order’ mixes with the ‘chaos’.  Nothing seems intelligible!  The old order is dissolving and the new order doesn’t yet make sense.

This profound disequilibrium is a moment of great danger and opportunity.  At this stage, a system can lose its coherency and collapse downward into a lower level of development.  When the information cannot be ‘heard’, it remains a disruptive static that then simply overwhelms and disintegrates the existing order.  The melody of stability drowns in the noise of chaos.

But at this critical stage, a system can also incorporate the evolutionary influx and rise upward to a greater coherency.  The system can find the Chaord– the sweet-spot between order and chaos.  It can suddenly perceive the pattern in the static and thus ‘hear’ the new information.  A higher degree of complexity can then be incorporated.  A new gestalt emerges that simplifies the increased complexity into a richer and more intelligent organization.  Just as we see in the phenomenon of turbulent flow or even in the formation of ice-  an acceleration of energy and information can precipitate a sudden emergence of a highly elaborated pattern.  A system inundated with noise can spontaneously crystallize into a higher level of ordering intelligence.